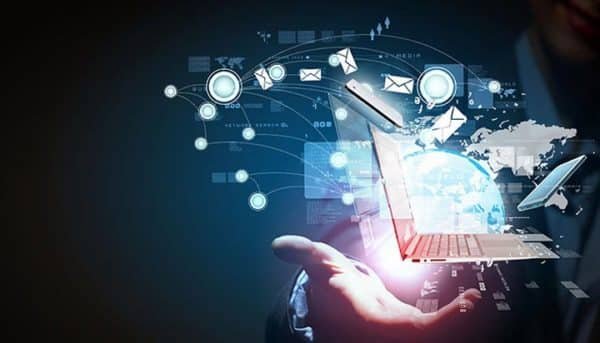 Cloud Computing Explained | History, Basics, Future, Types Saas, Paas, Iaas:- Many people ask me every time ‘what is cloud computing?  If we talk about the technical definition of cloud computing it would become more complicated.

So let’s understand cloud computing in very simple words that everyone could understand. Cloud Computing is not like that there is something in the clouds instead it is said cloud is made of small molecules which could move very fast from one place to another place that is why we call it cloud. And Computing is the operations which a computer does to get you the results.

“So cloud computing is a connection of servers and computers which can connect with your device very fast & easily and give you the power of the powerful computer in your small or less powerful machine”. 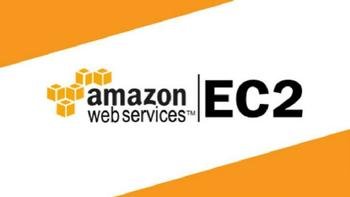 Cloud Computing started becoming famous in 2006 when Amazon released its Elastic Compute Cloud (EC2) in 2006 which is basically is a web service that provides secure, resizable compute capacity in the cloud. It is a newer type of innovation which most of the leading companies of the world are adopting and started working on their own project like this. 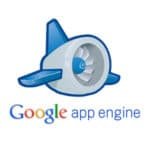 By mid-2008 Gartner world’s leading research and advisory company saw an opportunity for cloud computing. Gartner forecast that there are many possibilities in Cloud Computing that will lead the future. After EC2 Google worked very hard and released its latest tech of that time known as Google App Engine Beta for testers in April 2008. This Engine made by Google is a web framework & cloud computing platform. This is used by the developers for developing and hosting web applications in data centers made by Google.If we talk about its Applications they are sandboxed and run across multiple servers. 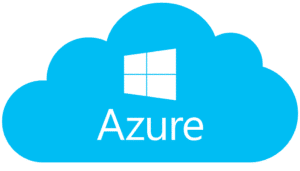 In Feb 2010 Microsoft launched its Azure a cloud computing service for building, testing, deploying, and managing applications and services through a global network of Microsoft-managed datacenters. Azure provides services like software as a service (SaaS), infrastructure as a service (IaaS), and platform as a service (PaaS). It also supports plenty of different programming languages, tools, and frameworks such as Microsoft-specific like Word, Exel, etc. This software also provides third-party application programs and servers in which Microsoft is working since early 2008.

In July 2010 NASA & Rackspace Hosting jointly made an open-source software known as OpenStack. OpenStack cloud software is a set of basic tools required for building and managing cloud computing platforms. This for both public as well as private clouds. 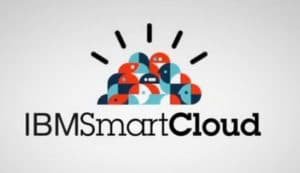 March 2011 is the date when IBM introduced the IBM Smart Cloud Framework. This is done to support Smarter Planet. SmartCloud by IBM is a series of enterprise-level cloud technologies and services. This is basically for building and using private, public, and hybrid clouds. SmartCloud could be purchased as self-service or managed services and their prices vary.

In May 2012 Google Compute Engine was released in preview and finally launched in December 2013. 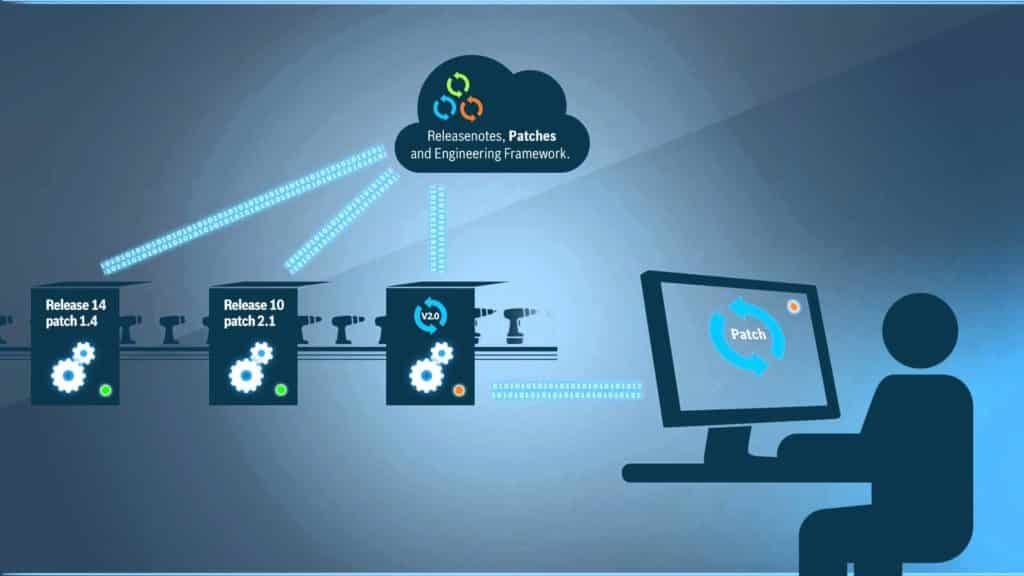 Cloud cut the cost to a greater extent and helps the users focus on their core business.

The technology through which cloud computing exists is ‘virtualization’. This software divides a physical computing device into one or more virtual devices each of which can be easily used and managed to perform computing tasks. This technology provides the required speed to IT for its operations.

Cloud Computing is a kind of grid computing evolved by addressing the quality of Services (QoS) and reliability problems. The technology provided by the cloud helps users to build data/compute intensive parallel applications through old parallel computing techniques.

Some Basic concepts of cloud computing:

1. Client-Server Model: This distributes an application that differences between service providers and service requestors (client services).

3. Grid Computing: Form of distributed and parallel computing whereby a super and virtual computer is composed of a cluster of network loosely coupled computers for performing large tasks.

4. Fog Computing: Distributed Computing paradigm that provides data compute storage and application services closer to the client or near user edge devices such as network routers.

6. Utility Computing: The Computing resources are also packaged so such as computation and storage as a method service like the older public utility services such as electricity.

7. Peer to peer: A distributed architecture without the need for any central coordination. No authority among people The data in this peer-to-peer network is preserved through suppliers and consumers of resources.

8. Green Computing: This type of computing emphasizes reducing the use of harmful materials in computing which is dangerous for the environment.

9. Cloud Sandbox: The computer environment Alive, isolated in which a, code or file or a program run without affecting the source application in which it runs.

1. Cost reduction to a large extent as the amount is charged on the user’s basis.

2. Device and location independence can be accessed just by using a web browser irrespective of their location or devices they use.

3. Maintenance:  The maintenance is very easy can be accessed and managed from different locations.

4. Multitenancy: This enables the sharing of resources and costs across large numbers of users which allows the centralization of machines at a particular place

5. Peek load capacity increases: With improved utilization and efficiency for the system, the resources are 10-20% utilized.

6. Performance: Cloud is maintained by the experts of Information Technology (IT) from the service-providing company.

7. Resource Pooling: This means the resources are distributed to different individuals so that each user could do their task and later on any other user can open it and work on the same.

8. Productivity: It increases as multiple people work on the same data simultaneously instead of waiting for it to be saved and E-mailed.

9. Increases reliability as it is suitable for business continuity and disaster resourcing.

10. Scalability and elasticity is there in the clould platforms. 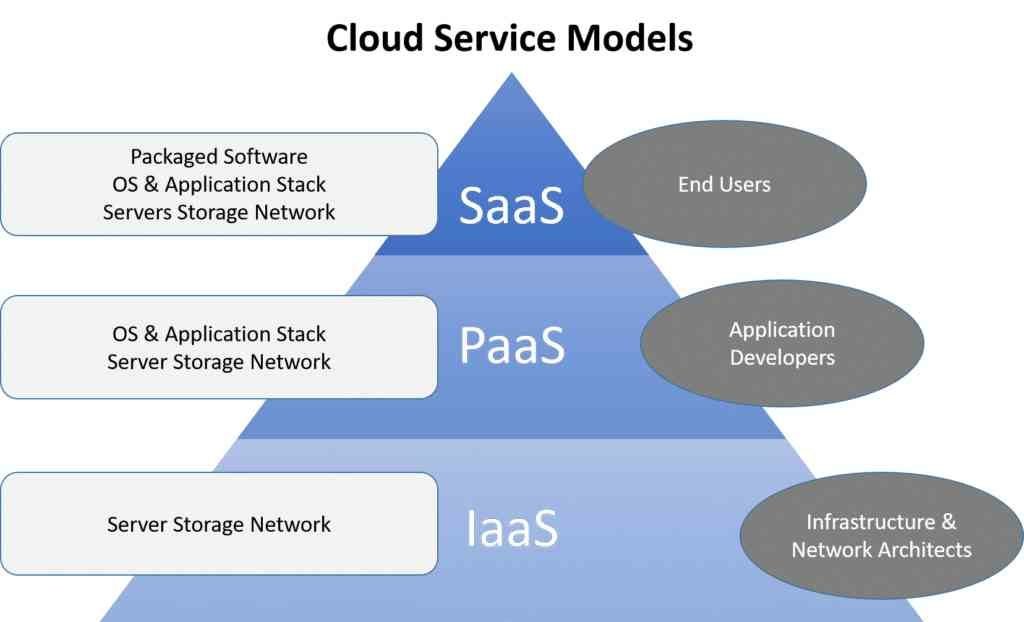 1) Software as a Service (SaaS)

The Software is available to the user via some third-party company or service provider over the internet.

Usually, in SaaS, the complete control is in the vendor’s hands and you just have to use the service without going into any technical things.

The providers of saas range from huge enterprise-level software offerings companies like Gmail and Office365 etc.

For using the services there is no installation of software required, no updates, etc., you can work on the go just open any of your web browsers and you are good to go.

Usually, SaaS platforms are best for the applications to run smoothly and remotely with very little input from you.

2) Platform as a Service (PaaS)

PaaS is the best cost-effective and time-saving way for a developer. It’s very handy for a developer to create a unique application in it. In this model service providers provide hardware and software tools that you can access over the internet.

PaaS allows its developer to solely focus on development. This saves the time of a developer as he/she doesn’t have to waste time in managing software updates or security patches etc.

3) Infrastructure as a Service (IaaS)

These are the cloud-based services just pay & use like storage, networking, and virtualization, etc.

In this model, you use virtual machines on servers owned by a company. Usually, they store your data in data centers that could be located in different places around the world.

IaaS is useful for those businesses that can’t manage large data servers. Iaas allows complete control over data centers and operates on the principle of pay & use model.

It is an affordable service for most businesses as it fits into most of the business’s budgets.

Cloud Computing As an Emerging Trend

Cloud computing is growing very rapidly and today also it is a big subject of research. Cloud Computing’s future is very bright soon capture even more enterprises and industries. The scope in the cloud is greatly broadened that today most of the companies are adopting the cloud for their companies and are implementing it in their various projects.

For Example, Microsoft has allocated (2011) $9.6 billion which is 90% of its R&D budget for its cloud called Microsoft Azure. 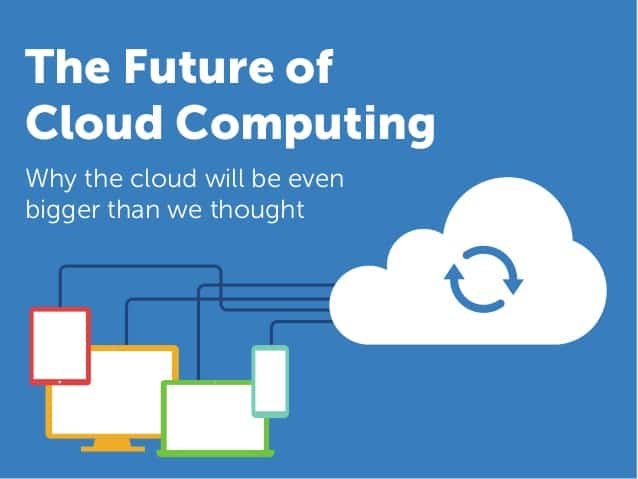 In a decade or so the need for high-end computers in homes or offices or workplaces would be reduced. This is because people could do high-performance tasks (such as editing etc.) through simple software which is connected through servers that are located far from us in the data centers.

People would be able to play high-end games, do the professional level business calculation, high-end operations, weather forecasting, surgeries, and many more through their small, less powerful devices through software working on cloud computing.

2) Prices of Cloud Servers will go Down

The cloud servers will become cheap with the passage of time this is because hardware prices will go down gradually over time.

3) Security would be a major problem

The security of the cloud servers could be a challenging task, as hacking and cracking of the servers could lead to huge data loss which could cost millions or billions of dollars.

4) Data can be easily sharable throughout the world

The companies could be able to share huge complicated data with millions and billions of people in just a few seconds. And people will be able to get it without any issues.

Cloud has changed the whole perspective of the IT sector throughout the world. Today, millions and millions of people are doing something with cloud computing. People are directly or indirectly getting benefited by this tech. Businesses are trying to figure out the best possible way so that they can implement cloud in their businesses so that they could provide better services to the public with good ROI.

Cloud computing is so fast and reliable that it can do your task in a few seconds, the best part is that it is cost-effective.

Thanks for Reading the Article. Show your love and comment if you have any queries.