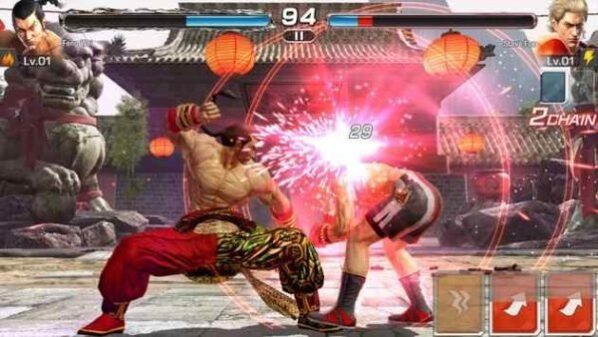 Master your speeder and defeat your pursuers in high-speed action across a world ravaged by an alien occupation. Fly at BREAKNECK speed as you pursue your mission and get as far as you can. The world is now occupied by invaders—and they are hunting you. Scramble through unfamiliar terrain, dodging obstacles and evading capture and destruction. Retrace and optimize your route to improve your distance. Test your limits and your control, and earn rewards for the risks you take. Fly further. Rank higher. Keep going. The mission depends on you.

From the Creators of the award winning Ravensword: The Fallen King, The Elder Scrolls Artist Mark Jones, and Developer Galoobeth Games comes to ARALON: SWORD AND SHADOW, an Epic 3d Role-Playing Adventure.  A 3d RPG inspired by that classic vein that focuses on a compelling story, a unique hero, and an open 3D world ready for exploration. Journey through the Kingdom of Aralon and unravel its mysteries. The game features Over 30 hours of gameplay, Gorgeous and dynamic 3d environments, 3rd and First Person play modes, Full Day/Night cycle and dynamic lighting effects, Epic Soundtrack and realistic sound effects, Customizable characters, including hairstyles, armor, and different faces, 4 Character Classes and many more.

You wake up and find a letter from your father. He is gone…The only lead is his old notebook and a mysterious necklace. What happened?
Explore the islands of Uncharted Seas, a world filled with many dangers, puzzles and secrets. Fight monsters, learn to use magic and discover ancient treasures which will help you on your quest. Use all your wits and skill to unravel the mysteries of ancient kingdom Arcadia and sea monster Oceanhorn.
Enjoy an incredible soundtrack of the best video game composers. Master the game effortlessly with accurate touch controls or controller.

Sky Force Reloaded is the spirit of the retro arcade shoot‘em ups, captured with modern visuals and design. The new entry in the series will keep you entertained with all the things you’ve come to love in scrolling shooters. Meaty explosions, incinerating lasers, colossal bosses and diverse aircraft to pilot.
Sky Force Reloaded is not your average top-down shooter. It will draw you in with its beautiful environments and intense effects. Which will keep you with its superb gameplay mechanics, progression system, and in-game collectibles? It will leave you wishing for more, once it’s over. Fortunately, there’s a lot of shooting before that happens.

Race Head to Head in this unique high-speed action racer. Compete alone or as part of a team against others in high stakes leagues and events. Bet big to win big. Challenge real players in exciting adrenaline-fuelled races through busy city streets. Set wagers, race for glory and riches, and become a real high roller.

Choose from a wide range of stunning rides, each with their own classic lines blended with sleek future styling. These are cars like no other. Take part in exciting events and win big! Get your hands on exclusive cars and liveries, plus crates of goodies and riches.

Push your car to the max by upgrading its many modules – plus give it a distinctive look with stunning liveries and paint jobs. Compete for turf on the dynamic campaign map and unlock cars, lobbies, events and bonus items – but watch your back, as you’ll be upsetting a few people in the process.

Hope you liked the Best Android Games Under 300MB. What are your favorite Android Games?… Comment in the comment section down below.